15 Ways To Advertise And Promote Your Business 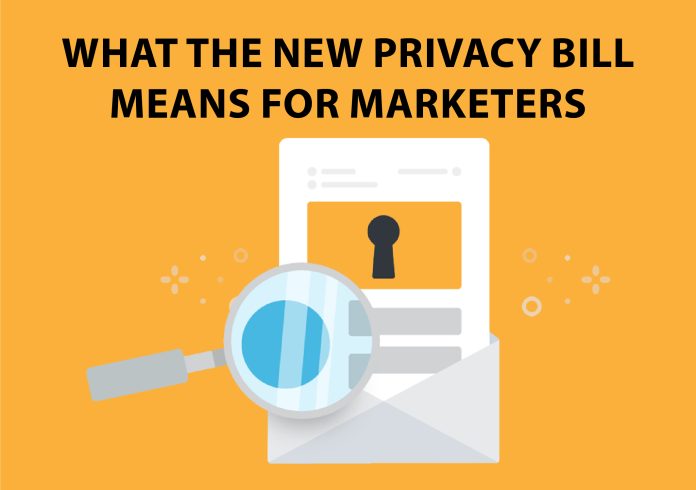 While California and the Virginia Consumer Data Protection Act have already made it into law, many other states are considering similar legislation. New York, Florida, and Washington are also considering similar legislation. Marketers should also pay attention to Google’s Privacy Sandbox initiative and its recent privacy guidelines. All of these laws are important, but they’re not the only ones marketers should be aware of. By following these best practices, you’ll be ready for any changes that come your way.

The California Consumer Privacy Act (CCPA) has strict regulations that require marketers to protect their consumers’ privacy. Even if you don’t have an office in California, you are still considered a company doing business in the state. This means that you are required to obtain consent before sharing your personal information with third parties, such as advertisers. The law also applies to data about prospective customers and prospects who live in California. As a result, you must disclose how you plan to use that data.

This legislation is similar to GDPR in that it requires businesses to be transparent and protect the personal information of consumers. It was passed by the California legislature with no opposition and takes effect on January 1, 2020. It applies to businesses that collect information from consumers aged thirteen and older, have combined revenue of $25 million, or derive 50% of their revenue from selling the information of over 50,000 consumers. However, there are some exceptions to this law, so it’s important to review your privacy policies.

First, CCPA allows consumers to request information about what companies collect from them, and they can also ask the companies not to share that information with third parties or delete it. Furthermore, it provides strict limits on the collection of personal information from underage individuals and bans the sale of this data to companies that target underage consumers. This law is an important step in protecting the consumer’s privacy and ensuring that they’re happy with your marketing efforts.

The CCPA is a major change in data protection laws in the US. It has made it mandatory for businesses to safeguard the personal information of California residents. Many marketers are still struggling to comply with the EU’s General Data Protection Regulation (GDPR). However, this new law will ensure that marketers are doing everything they can to protect their customers’ data. There are several benefits to complying with the CCPA. And in the long run, it will be beneficial for both the consumer and the business.

The Virginia Consumer Data Protection Act (VCDPA) has passed both chambers of the Virginia legislature and is on its way to becoming the nation’s next comprehensive state privacy law. Before becoming law, the bill must be reconciled by the two bodies before the end of the legislative session on February 27. Once signed by Gov. Ralph Northam, the law will take effect seven days after it goes into effect. Upon its effective date, the law will apply to all businesses that collect, store, and process personal information.

The VCDPA was signed into law by Gov. Ralph Northam on March 2, 2021. It follows California’s Privacy Rights and Enforcement Act and is the second state to legislate consumer privacy rights. In fact, this legislation has inspired similar legislation in New Jersey, Washington, and Minnesota, as well as proposals in Utah and Oklahoma. It has also raised the profile of long-stalled congressional efforts on data privacy. And as we all know, the internet is a very dangerous place. Virginia has a lot to lose, and you might never know what may happen to you.

The CDPA was recently passed by the General Assembly and signed by Gov. Ralph Northam. It will take effect on January 1, 2023, and is the second state to enact comprehensive privacy legislation. However, it is important to note that the CDPA is very different from California’s, so businesses should start planning their compliance strategies now. If not, the new Virginia law could signal a broader movement toward federal privacy laws. If you are not yet ready for that, here are some tips to get you prepared for it.

The crypto industry is mobilizing to push the agenda in other states and defend itself from attempts to rein it in. Legislators in New York are concerned with the environmental impact of crypto mining, which consumes large amounts of electricity. New York has also proposed cracking down on fraud in the crypto industry. In response, the crypto industry has been flooding the state with lobbying efforts. In North Carolina, mining companies are proposing tax incentives to lure residents to the state, while Illinois and Georgia have introduced similar legislation.

While the United States Senate Commerce Committee and Senator Rockefeller have been putting a spotlight on the practices of online marketers, it seems that more states are considering similar legislation for marketers. New York, Florida, and Washington have all talked about similar legislation. Some states, including Arizona, have even made cryptocurrency bills legal tender – which would mean you could use them to pay your debts. Meanwhile, an experimental cryptocurrency bank called Celsius Network recently announced its decision to freeze all withdrawals after it was announced. The announcement sent the crypto market into a free fall.

Google’s new Privacy Sandbox initiative is a key part of the company’s strategy for protecting user privacy. Under the new bill, Google must use non-personal data to improve the privacy and security of its services. Instead of relying on cookies, Google will use new APIs to measure conversions and attribution. Google also wants to work with advertisers to develop the most effective ways to collect data. Google will also revise, produce, and implement the new standards for privacy and security. Once approved, these APIs will be applied across all Google properties, including Safari and Firefox.

The privacy-friendly feature of Google’s new Privacy Sandbox is designed to replace third-party cookies with its own, more user-focused solution. It will use an API to act as a software intermediary between the advertiser and the user, while still allowing for targeted advertising campaigns. The technology is currently in development but is expected to be available in 2022. It will be crucial to advertisers, who face a difficult time differentiating legitimate users from the bots. Without such technology, advertisers would be forced to spend less money, which would damage site publishers.

These updated privacy-friendly tools will allow users to control their interest-based advertising. Google’s new privacy sandbox initiative will be the first step toward implementing these changes. Developers can start testing the FLEDGE and Topics APIs in the Beta version of Chrome and will soon be able to turn them on or off, based on their past browsing history. Google is also working on similar privacy-friendly tools for Android.

Apple’s new privacy update to its iPhone operating system has been greeted with mixed reactions by ad professionals and consumers. The new feature allows users to control the types of information that their apps collect and use, a move that has frustrated some developers. In April, Apple rolled out App Tracking Transparency, a new tool that allows advertisers to track users more precisely. As a result, ad companies have been scrambling to comply with the new rules.

This major privacy upgrade is the latest sign that Apple is giving users the power to choose how their data is used. Users can now opt-out of tracking by requesting permission before installing apps. Previously, iOS allowed advertisers and developers to track user behavior and share that information with third parties without their consent. However, many privacy advocates were disappointed that the feature was not available sooner. It is still unclear whether Apple will roll out this feature to other iOS devices or not.

The new system requires all developers to follow the new privacy guidelines. However, this new privacy feature does not require them to make any immediate updates to their software. While Apple is ensuring that all users benefit from the new Privacy upgrade, users should understand how it works. The new privacy features are intended to give users a sense of control over how their data is used and shared by different companies. They will also be a great benefit to users.

Other technology companies are also complaining about the new Privacy features in the iPhone. In fact, Facebook has publicly criticized Apple for its move. The social networking giant has even begun a public battle with Apple over the new privacy rules. Facebook claims that the new privacy measures will hurt small businesses and personalized ads. If they do, it is unlikely that Apple will allow its products to be taken off the market. So far, the privacy features are an important step in the right direction for consumers.

15 Ways To Advertise And Promote Your Business